Secret #28: Vote and take your kids along for a lesson in democracy

﻿
﻿After all the campaigning, it comes time to choose the people who will guide our school district for the next 3 years.  Hopefully, the candidates have made reasonable efforts to inform you of their views on education issues through brochure, websites, etc.  You've followed the news coverage and talked to friends and neighbours about the election.  Now, it's time to vote.  Usually, the voting station is at one of the local schools, but if you're not sure where you vote, check the City's Election website to find out.

And if you have kids, don't miss this opportunity to take them along and explain what voting is all about- that this is how, in a democracy, we can peacefully decide who our leaders will be.  Anyone who is a student of history will understand how important the election process is.  Societies without access to options for peaceful change, often seek change through violent means.

As important as voting is, it shouldn't be the end of your involvement in civic affairs.  At the school board level, you can attend and make representations at School Board meetings.  You can get involved in your local school council.  You can let your provincial MLA know how important education is to you.

Good luck to all the candidates who came forward in this election willing to serve as Trustees!

Posted by Gerry Gibeault at 8:55 AM No comments:

Secret #27: Serving as a School Trustee is more rewarding than serving as an MLA

Having served as both an MLA and a School Trustee, I can safely say that Trusteeship is, by far, the more rewarding form of public service.  Not in the financial sense, mind you, but in the sense of personal satisfaction and accomplishment.

The school board governance model is a non-partisan one.  There's no government vs opposition as there is in the provincial and federal parliamentary models.  On the school board, all the trustees are part of "the government".  So, while we may disagree on issues from time to time, there's none of the rancour or vitriol commonly associated with "Question Period" in the parliamentary bodies.  There's no "Opposition" trying to make the "Government" look bad and vice versa.

While it's not uncommon that school board trustees later seek a run for a Legislature seat, it's also true that those who have served as MLAs  come forward later to serve as Trustees.  While MLAs have a whole host of policy areas to deal with, Trustees can focus strictly on providing the best possible education for our children and youth.  And in my books, there's nothing more important than that.
Posted by Gerry Gibeault at 8:57 AM No comments:

Secret #26: When you come to Board meetings, check your baggage at the door 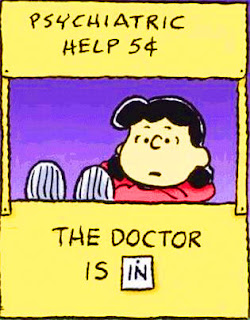 It's a reality of the human condition that our previous life experiences shape us into the people we are today.

At the same time, when it comes to dealing with the school board's business, it's usually best if Trustees check all their unrelated baggage at the door and consider each item from this simple criteria: what action would be in the best interests of our students?

So, it doesn't really matter whether you're an active member of political party "X", or a strong adherent of religious faith "Y".  And your colleagues probably won't be all that interested in your old "war stories" anyway.

You'll be most effective as a trustee if you leave all that baggage behind, treat your associates with respect, and focus on doing what's best for our students going forward.
Posted by Gerry Gibeault at 6:04 AM No comments:

Secret #25: The Chair is the Board's spokesperson


In general, the Board's spokesperson is the person who has been elected by his/her peers as the Chair.

It's important that there be a common understanding early on regarding Board communications and public statements to avoid difficulties later.  As issues are being considered, all points of view should be considered and welcomed.  But once a vote is taken, the entire Board is bound to accept the collective decision even if a particular Trustee(s) was not in agreement.  Unltimately, if the Board makes a decision that an individual Trustee cannot accept, then the best course for that Trustee would be to resign.

When new issues develop, the media will often contact Trustees for comment.  These should be handled with care.  Reporters love to report conflicts, and trustees would be wise not to make public comments that allow the Board to be portrayed as divided.   The reverse is also true- the Board Chair ought to be cautious about making comments on issues that the Board has not yet had an opportunity to discuss or take a position on.

For an example of the difficulties that can result when one trustee goes off on their own agenda, consider the case of the Calgary Catholic School Board and one of their trustees, Michael O'Malley.  The situation there got so bad, that the school board had to go to court to have Mr. O'Malley removed.

In the case of labour negotiations, the usual practice is to identify one of the Board's senior administrators as spokesperson.  And in larger boards, like Edmonton Public, an official such as the Director of Communications often handles media queries that are not of a political or governance nature.
Posted by Gerry Gibeault at 7:22 AM No comments:

Secret #24: Trustees need to be able to keep secrets 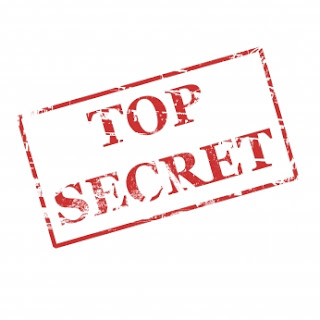 As much as many people might believe that all the business of public bodies, like school boards, should be done in public, that's not possible.

The Edmonton Public School Board, like all school boards, has regular closed sessions to deal with matters that require confidential consideration.  In our district, these meetings are known as Conference Committee meetings, and are simply closed meetings of the Board and it's senior officials.  An important piece of provincial legislation that guides our work in these areas is the Freedom of Information and Protection of Privacy Act( FOIPP).  Generally, the guideline for the business that is appropriate to be dealt with in closed meetings is: land, legal, or labour issues.  The "legal" category includes cases of employee or student discipline, and all matters where the Board needs to have the confidential advice of legal counsel and/or the Superintendent.   Once these matters have been decided, Trustees are obliged to keep the proceedings, and the decisions, confidential.  Violating these confidences will quickly lead to Board dysfunction, and other serious consequences.

The Association for Responsive Trusteeship in Edmonton Schools( ARTES) has released a "report card" on each of the candidates standing for election to the Edmonton Public School Board.  To review the "report cards" yourself, click here.
Posted by Gerry Gibeault at 6:43 AM No comments:

Secret #23: Keep in touch with the people who placed their trust in you 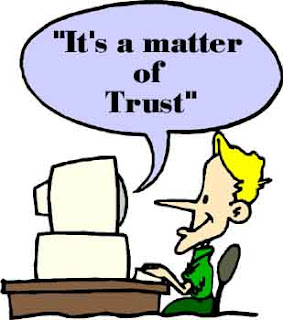 After an election, new trustees are often overwhelmed by a very steep learning curve﻿.  There's orientation sessions, preparation for Board meetings, Results Review meetings with school Principals and central service administrators, a planning retreat, and on it goes.  And all of this would be on top of any regular job and family commitments that you're already trying to manage.
As busy as it gets, though, do make the effort to keep in touch with the people of your ward who have placed their trust in you.  Try to attend as many school events as you can.  There's usually some kind of meet the teacher function at the beginning of the school year, and a slew of events throughout the year, from Read-In Week, to awards nights, to grads.  If you let your school communities know you're interested, you'll get plenty of invitations.
And make use of the new technologies- host a website or a blog.  Use Facebook or Twitter.  Not only will these communication vehicles keep your constituents informed of initiatives that you and the Board are involved in, they help people feel that they made a good decision placing their trust in you at the ballot box and it's a great way to develop your support base for the next election.
Posted by Gerry Gibeault at 4:18 AM No comments:

Secret #22: Commit yourself to continuous learning

Just as we want our teachers to be continuously updating their skills as educators, trustees should also commit themselves to continuous learning in matters of governance.

And, of course, there's always new books, magazine or newspaper articles, and online material to keep on top of.

If we want our students to become life long learners, we need to model that behavior ourselves.
Posted by Gerry Gibeault at 7:11 AM No comments:

Gerry Gibeault
Edmonton, Alberta, Canada
It's been my honour to serve as the Trustee representing Ward I( Mill Woods) on the Edmonton Public School Board from 1995-2010. Education is all about our society's investment and commitment to building a better future. I have been proud to be a part of the governing body of one of North America's best school districts.